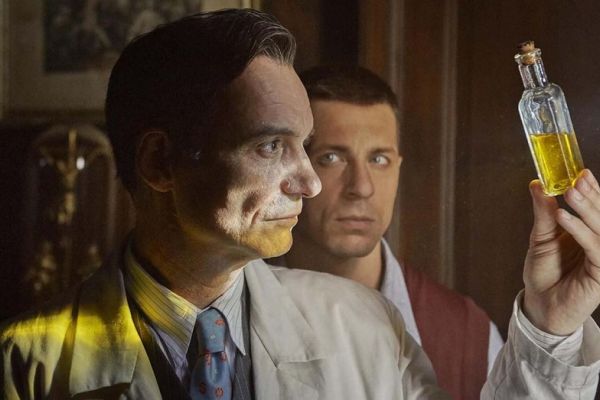 Berlin: A year after premiering “Mr Jones” at festival, Agnieszka Holland returns with another fascinating but disjointed historical biopic.

A year after “Mr. Jones,” Polish director Agnieszka Holland has made another fascinating but disjointed biopic about a little-known figure whose story helps to reveal the soul of 20th century Europe. “Charlatan” introduces us to the strange case of Jan Mikolášek (played by “In the Shadow” star Ivan Trojan), an herbalist who defiantly refused to nationalize his practice in post-war Czechoslovakia, much to the consternation of the country’s volatile Communist party.

Agnieszka Holland's biopic of Czech faith healer Jan Mikolášek is an uneven but not uninteresting balance of moral inquiry and queer romance.

At several points in “Charlatan,” the camera looks glossily on as our protagonist holds small bottles of amber liquid to the light, academically scrutinizing their contents as they beam a light golden glow onto his features: an effect both ennobling and almost romantic. The man is Jan Mikolášek, a famous Czech herbalist and healer with almost uncanny powers of intuitive diagnosis; the radiant bottles, meanwhile, contain various samples of human urine. This amusing disconnect between base content and burnished treatment somewhat echoes the conflicted perspective of Agnieszka Holland’s handsome, intelligently questioning but slightly dry biopic.

A brilliant, self-taught Czech healer who cured millions with herbal medicine is threatened by the Communist authorities in the late 1950s in Agnieszka Holland’s freely inspired biopic.

Who today has heard of Jan Mikolasek (1887-1973), once revered as a celebrated faith healer who is said to have helped millions (including the Communist president of Czechoslovakia and Nazi bigwig Martin Bormann) with his herbal remedies? A figure of blinding light and darkest shadow, he springs ambiguously to life in director Agnieszka Holland’s fascinating period drama Charlatan, in a dazzling perf by top Czech actor Ivan Trojan. 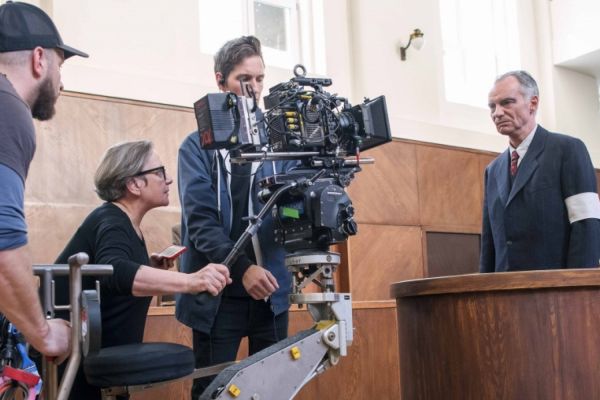 A Powerful Healer Fights His Own Demons

No sooner had veteran Polish director Agnieszka Holland premiered her latest feature, Mr. Jones, at the Berlinale earlier this year than she went straight onto the set of a new period piece: Charlatan, the true story of Czech healer Jan Mikolášek, who cured five million people in the first half of the 20th century, despite lacking any formal medical education.

Mikolášek healed celebrities in the 1930s, Nazi officers in the 1940s, and saved the life of Czechoslovakia’s Communist president Antonín Zápotocký in the 1950s. In the eyes of Holland and her collaborator, Czech Lion–winning screenwriter Marek Epstein, Mikolášek was an extraordinary figure, blessed with a gift for healing, yet fighting inner demons. In their film, he will be played by Ivan Trojan, one of the Czech Republic’s most acclaimed actors, a six-time Czech Lion winner, and his 18-year-old son Josef Trojan, who will portray the young Mikolášek onscreen. 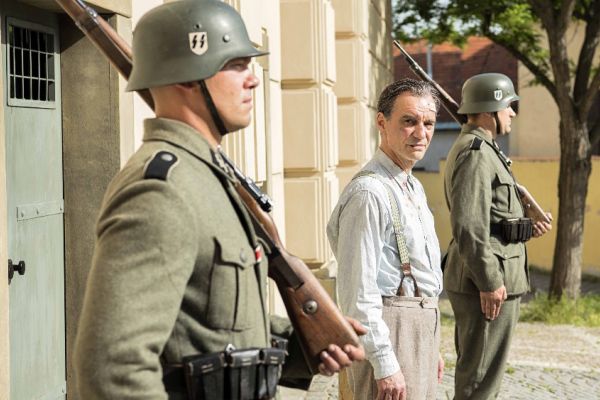 After 38 days of filming, the final clapperboard has been snapped shut on “Charlatan,” Oscar-nominated Polish director Agnieszka Holland’s latest film, and it’s a wrap. The film will premiere on Feb. 20, 2020, which offers the possibility of a launch at the Berlin Film Festival (Feb. 20-March 1).

“Charlatan” was shot in several locations in the Czech Rep. in April and June. Holland, producer Sarka Cimbalova of Czech Rep.’s Marlene Film Production and the Czech screenwriter, Marek Epstein, will attend the Karlovy Vary Film Festival Wednesday to present the project live on Czech Television, which backed the movie.

The film is inspired by the true story of healer Jan Mikolasek, who dedicated himself to caring for the sick, in spite of the huge obstacles he faced in his private and public life. 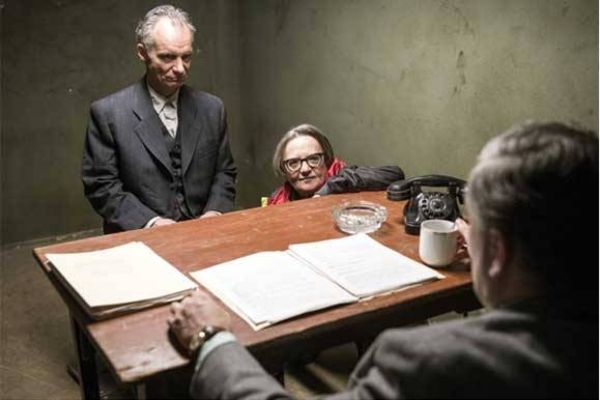 PRAGUE: Polish director Agnieszka Holland began filming the Czech/Irish/Polish/Slovak coproduction Charlatan in the Czech Republic on 1 April 2019. Filming will continue throughout the months of April and June in Central Bohemia.

The biopic is inspired by the real life story of a controversial healer and herbalist played by six-time Czech Lion winner Ivan Trojan, and spans 40 years of the healer’s life. The screenplay was written by Marek Epstein. 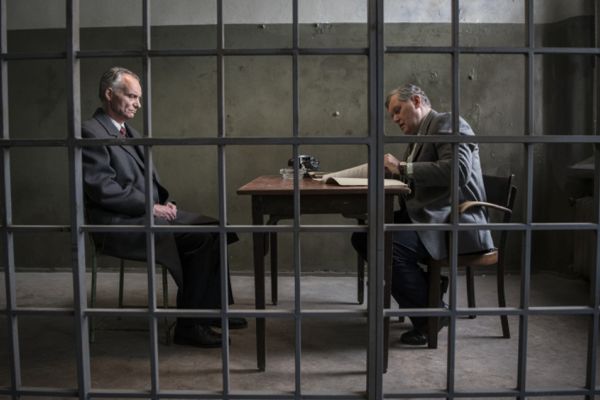 The Polish director, whose last film “Mr. Jones” premiered in competition at Berlin Film Festival in February, started to lens the pic Monday in Mladá Boleslav prison in the Czech Republic. The crew will spend most of this month on location in the Central Bohemia region of the country.

The pic, about an herbalist who devotes his life to caring for the sick despite many difficulties, is inspired by the real-life figure of Jan Mikolášek, whose story was adapted for the screen by Marek Epstein. Ivan Trojan, six-time winner of the Czech Lion award, plays Mikolášek. 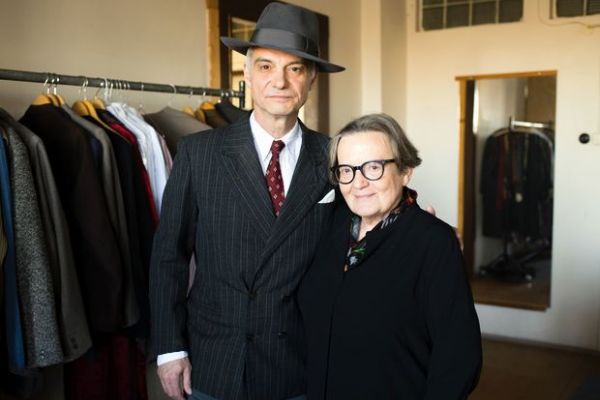 After premiering her latest oeuvre, Mr. Jones, and introducing the television project Napoleon at the recent Berlinale, veteran Polish filmmaker Agnieszka Holland is bracing for another shoot. In her next project, Charlatan, written by Marek Epstein, Holland will try her hand at a period biopic about a local folk healer, Jan Mikolášek, who lived between 1887 and 1973, and who allegedly helped five million people without even having a formal education in medicine. “Mikolášek was unbelievably smart and intuitive, but also a rational individual who managed to diagnose people and help them with herbs,” Holland said about the protagonist. 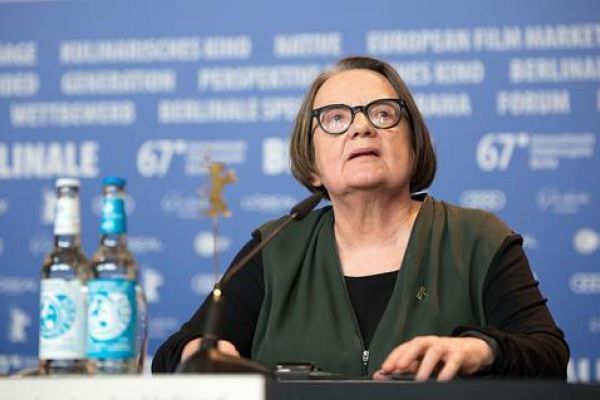 Agnieszka Holland has signed on to direct Charlatan, a Czech-Ireland-Slovak co-production written by Marek Epstein.

The story is about a man with exceptional abilities – inspired by the real-life healer Jan Mikolášek – living in totalitarian 1950s Czechoslovakia.

© 2023
Marlene Film Production, s.r.o.
We are member of
the European Film Academy
and Audiovisual Producers' Association