Marlene’s first film was The Storyteller (Pohádkář, 2014) by director Vladimír Michálek, which received 4 nominations for the Czech Lion and 1 nomination for the Czech Film Critics Award. Our next was Jiří Strach’s fairy tale Angel of the Lord 2 (Anděl Páně 2, 2016), had an astonishing 8.2 million viewers (of which 1.3 million in cinemas) and received 6 nominations for the Czech Lion. Our third, Charlatan was directed by the world-famous Polish director Agnieszka Holland, written by Marek Epstein (writer of Prague Spring) and had its world premiere at the Berlinale Film Festival in the prestigious Special Gala section in February 2020. It was selected as the Czech Academy film entry. In a brief release in August 2020, it got over 250 000 admissions and broke box office records. Since then, it has been released in France, Germany, the UK, Slovakia, Spain, Netherlands, and in the USA. It made it to the shortlist of the world’s fifteen best non-English language films nominated for the Oscar Academy Award 2021. As its producer, Sarka received the Czech Lion award for the best film of 2020 (the film won among others 3 Czech Lions out of 14 nominations and 2 Czech Film Critics Awards out of 5 nominations). The company is currently developing further film projects. It is the films Kafka and Green Border in co-operation with the director Agnieszka Holland, and films Kouzelník (The Magician) by Andrew Levitas and Prague Spring by Peter Bebjak.

Šárka is a film producer. She has been working in the film industry since 1990. She has worked for production companies focusing on foreign production in the Czech Republic Etamp Film and Etic Film - e.g. Hart's War, The Brothers Grimm, Oliver Twist, Harrison's Flowers, Snow White: A Tale of Terror, The Affair of the Necklace and Hannibal. In 2013, she co-founded the production company Marlene Film Production, which produced the film The Storyteller by Vladimír Michálek and Angel of the Lord 2 by Jiří Strach. In 2020, she launched the film Charlatan, directed by Agnieszka Holland. The film was shortlisted for the world's 15 best foreign language films nominated for an Oscar in 2021. As its producer, she and Kevan van Thompson took over Czech Lion Award for Best Film in 2020 (the film won 3 Czech Lion Awards out of 14 nominations and 2 Czech Film Critics’ Awards out of 5 nominations). 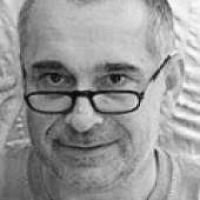 Since 1982 he has been working as an assistant and deputy production manager at Barrandov Studios in connection with the production of some Czech television series (Sanitka, Třetí patro, Dlouhá míle). He is a FAMU (Film and TV School of the Academy of Performing Arts in Prague) graduate, with a degree in film production. In 1991, he became a freelancer. He managed the production of films Stalingrad, Giorgino, Senso and television series Korunované hlavy, Německá píseň, Maigret and the Czech series Prima sezóna Karla Kachyni. He managed the production of two CBS series Joan of Arc and Hitler – the Origins of Evil, which were filmed in the Czech Republic and received Emmy awards. He is the executive producer of the Czech feature films Passage, Čas dluhů, Over and over again!, Angel of the Lord 2, The Storyteller and Václav Marhoul's films Smart Philip, Tobruk and The Painted Bird. He also collaborated with Agnieszka Holland on the production of the film Charlatan as line producer. 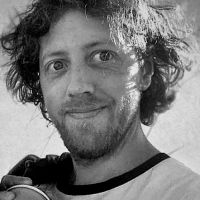 Already during his studies at the Film Academy of Miroslav Ondříček in Písek (FAMO), he assisted on production of Czech films and commercials. After graduating, he started working as a production coordinator for the series Okresní přebor and for the film Lidice. He then advanced to the position of Production Manager and realised the production of many Czech films, such as Charlatan, Angel of the Lord 2, The Snake Brothers, Havel, The Magic Quill, Shoky & Morthy: Last Big Thing and Nowhere in Moravia. He has also participated in the creation of many Czech series and foreign productions. He and his classmate Andy Fehu made the film The Greedy Tiffany and the series Growroom. He is a member of the Hrobeso theatre ensemble at the Radar Theatre and often takes small parts in the films of his own production. 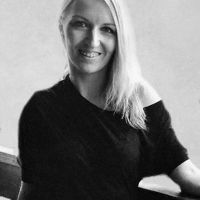 Since 2016, she has worked as a production assistant on a number of feature films and series for Czech production companies (Milk & Honey Pictures, Maya Production, Česká televize). She has also collaborated with Marlene Film Production for a long time and has participated in their projects, such as Charlatan, Prezidentka or Kouzelník. She also helps with office management. She has received an APA training in organic production, and in recent months, she has gained experience in infectious disease prevention on filming.

© 2022
Marlene Film Production, s.r.o.
We are member of
the European Film Academy
and Audiovisual Producers' Association