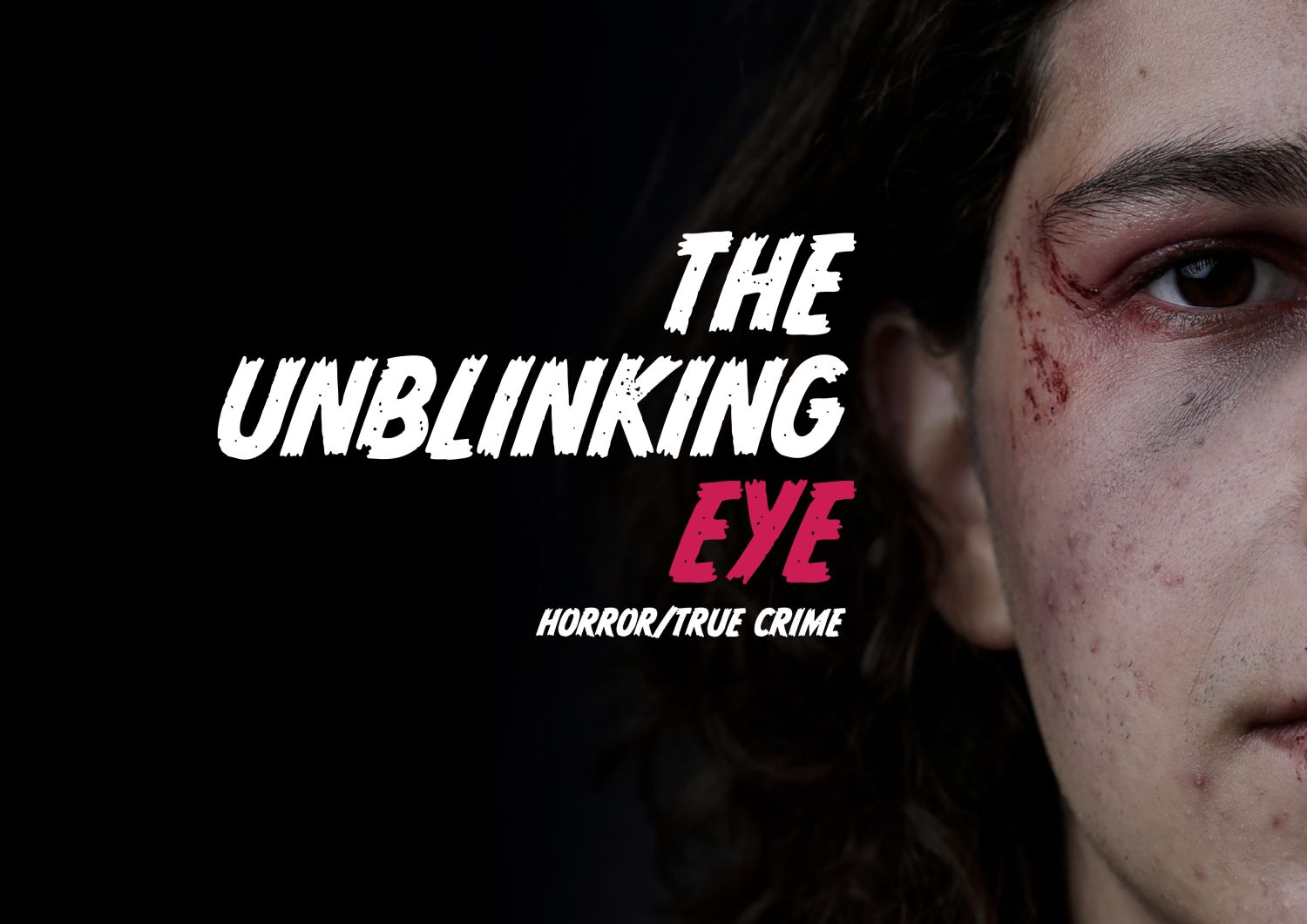 THE UNBLINKING EYE is a dark and complex psychological thriller about a homicide detective who’s caught and captured by a serial killer he’s been hunting. Kept alive in a cellar to witness the ongoing murders, our hero is finally rescued by his partner. Though he escaped with his life he’s horrifically injured and forced into retirement.

Struggling with his sanity, crippling injuries and nearly bankrupt, he decides sell his story to a strange and enigmatic writer who specialises in true crime publishing. The writer has followed the cops story from the start and is eager to reveal the horrific truth of what happened in the cellar. But when the writer moves into the cops’ house he begins to unearth long-repressed memories. And, little by little, the writer grows to suspect that more sinister things happened in the cellar than anyone can suspect. But equally, the cop comes to believe that the writer knows much more about murder than simply writing about it.

And so, even as our hero’s sanity begins crumble and the ghosts of the murdered victims he failed to save seem to be haunting him, a complex cat and mouse game ensues, with both men trying to reveal the truth behind the others’ lies.

Ultimately, all their secrets will be laid bare...